The digital transformation in hr, fashion or need? 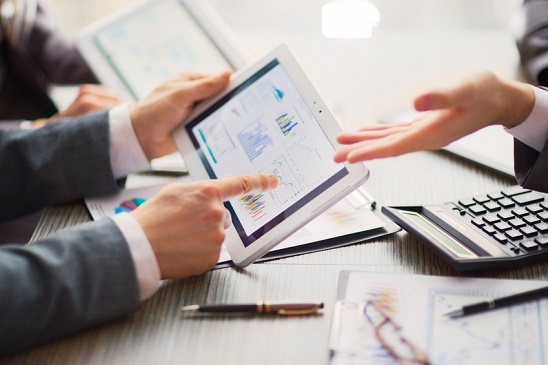 In recent years, we have been participating in a real revolution in organisations because of the digital transformation.

If we take into account that there are currently more than 7 billion mobile devices and that more than 40% of all the traffic generated in the network is produced in these types of devices, it is beyond doubt that digitalisation is making great strides, whether companies want it or not.

Once arriving at this point, the key point is not that much whether the companies are assessing the importance of the digital transformation, but rather when they are going to do it and how, the digitialisation has already ceased to be an option for many of them and it becomes a necessity to be able to continue to operate in a hyper-competitive market.

Human Resources departments face a challenge, not only to support and be the top supporters of this trend, but even to lead this process in organisations like a way to reinvent its function and adapt to the profound changes that are being made in the form in which people communicate.

However, the digital transformation is not a mere collection of actions and processes aimed at trying to show the appearance of a digitalised company. There exists something much deeper that affects the DNA of the organisation and which is changing the form, not only the form in which people work, but mainly the form how we interact thanks to the technology.

It implies, primarily, digital thinking and this is the starting point when designing new ways of working and not vice versa, as it has been happening up to now.

One of the great advantages that digital transformation bring to the area of human resources is being able to renew the focus on what is vital for companies: people.

In contrast to what has been happening in recent years, where processes have gained much more importance than people, digitalisation allows us to reconnect with our employees, collaborators, clients, suppliers etc. In the end, technology will allow us to be able to place people at the Centre of the business.

The important thing is no longer the product or the service we sell, but the experience that we are able to generate in our customers, employees or partners.

The fight for talent has only just begun, and it is expected that it will get worse in the next years due to the rise of new professions and due to the evident lack of certain abilities, especially the digital ones, with the possible result that companies may not be able to compete in a market, where talent will be the key aspect.

It is essential that Human Resources professionals are able to understand what the new talent consists of or how it is related thanks to the technology.

The simple aspects, such as having a presence on social networks, being able to generate a community or to know how to reach passive candidates, will be the key items in the next years in order to be able to find the talent that organisations need.

The arrival of the Millenilas in the labour market and the next emergence of the Z Generation in a few years will not make but accelerate this need to be able to interact differently thanks to the technology. It will be essential to know the way in which these people interact as well as their values and expectations, if we want them to work in our organisations, and that means speaking their own language: the language of technology and social networks.

Are we the professionals in human resources prepared for the revolution?